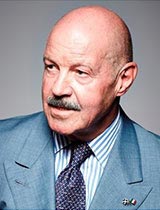 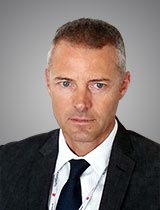 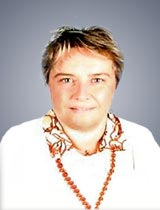 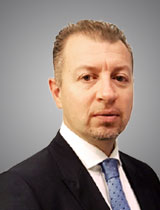 He graduated in Marketing and Enterprise Organization with a qualification in Labour relationships. Currently he is finishing a second level master on Health, Safety and Enviroment Management at the University of Modena and Reggio Emilia.

The morning, the last one of the famous Aircraft Antonov 225 Mriya still operative all over the world, left Malpensa after its yesterday's arrival for a special shipment. The Antonov Design Bureau flight, handled by Airport Handling, took off regularly at 10.00 local time.

Within the Delta Airlines’ supporting events to the American Cancer Society, on May 11th, Airport Handling actively participated in the Delta Day of Hope. Our staff, together with Delta’s one, performed a flashmob organized in the check-in area at Malpensa Terminal 1 simultaneous to US. The event, involving all the Delta network stations, is part of the fundraising against cancer that lasts all May with the challenging goal to reach the sum of 1,7M$.

For the third year in a row, dnata was named Ground Handler of the Year by Air Cargo News. This award celebrates and recognises dnata’s contribution to the international cargo industry. The European focus of dnata goes on until 2014 and, in the last two years, it has more than doubled its presence in Europe passing from 4 to 10 stations and now handling, globally, 2.3 million tons of cargo. Moreover, through One Safety initiatives, dnata focuses on a behavioural-based approach to safety. As a result dnata is one of the world’s safest air services providers.

"Another place we've made a real difference is Milan, where we celebrated another milestone this week: 10 years of our Malpensa base.  We've carried 50 million passengers in the last decade to and from Milan and linked the city to Europe by providing 60 routes to 20 countries and we employ more than 800 people. We recognised Milan's potential; we've invested significant amounts of resources into making it our second-largest base in Europe.

So again, we've contributed to the city and its growth. We celebrated all of this in a series of events throughout the week with press, corporate accounts, travel management companies and of course our crew during Milan Week, where we opened the #Milaneasy lounge in the heart of the events area - which I hear was absolutely amazing. You also might spot some members of our crew in our new marketing campaign.

On top of this, while in Italy, it's great news that we've announced we're extending the flight club program to Italian high value, high frequent flyers. So passengers will start receiving emails on that in the summer and inviting them to join the benefits of this program. So a big thank you to the Italian team whose one-team working has helped us show and celebrate our continued commitment in Milan."